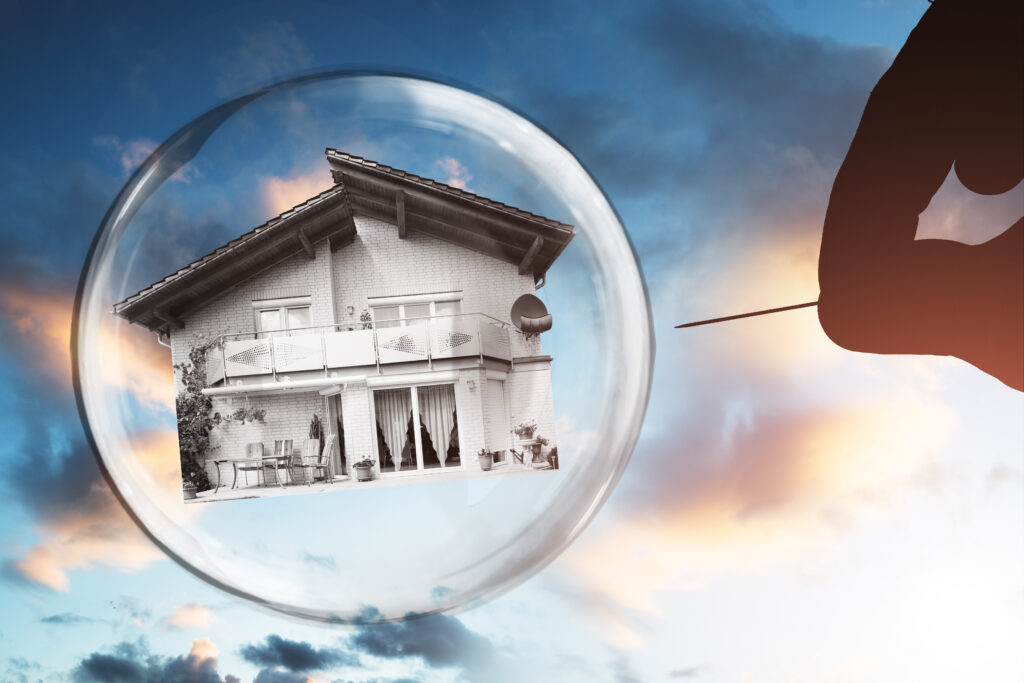 U.S. housing prices are demonstrating signs of a dangerous “unhinged from fundamentals” level,  similar to the 2007 housing bubble that preceded the 2008 crash, according to a blog post by the Dallas Federal Reserve bank.

“Our evidence points to abnormal U.S. housing market behavior for the first time since the boom of the early 2000s,” the Dallas Fed researchers stated in the post, citing data to measure “exuberance” on property markets that they’ve mapped with scholars around the world as part of the International Housing Observatory.

The report suggests that “the U.S. housing market has been showing signs of exuberance for more than five consecutive quarters through third quarter 2021,” they wrote. The surge in home prices has continued since then.

This is partly due to the global pandemic freezing all Foreclosure actions, which undoubtedly helped push the housing prices higher than normal. Without the checks & balances system of mortgage defaults, foreclosures, and foreclosure auctions, the housing market has flourished unchecked. A dangerous set of circumstances, very similar to the bubble that preceded the 2008 housing crash.

The Dallas Fed researchers’ index is based on economic variables such as disposable income per-capita, housing rental rates, and long-term interest rates. The main takeaway is that since the beginning of 2020, price-to-rent ratios have soared beyond what those “fundamentals” alone can explain, and moved into the “exuberance” stage.

The group also discovered in its research that the surge in disposable income due to pandemic-related fiscal and monetary stimulus, as well as reduced household consumption because of mobility restrictions, may have lessened its usefulness as a gauge — suggesting that any bubble may be more advanced than those numbers suggest.

Translation: This bubble is MUCH worse than what the numbers have been suggesting!

This new 2020s housing boom may have also been fueled by a fear-of-missing-out (FOMO) wave of exuberance among buyers, and more aggressive speculation by investors, they wrote in the blog post.

But the researchers said that stronger equity positions and household balance sheets suggest that any economic fallout from a home-price correction wouldn’t be on the scale of what the U.S. experienced in the 2007-2009 recession.

Let’s all hope they are right! The Homeowner Protection Alliance was created in 2008 after the last housing crash. We have protected almost 20 thousand families during this decade plus of service and protection. If you are a homeowner impacted by hardship, and need help with your mortgage needs, visit our reputation and reviews page to watch and read thousands of reviews and stories.